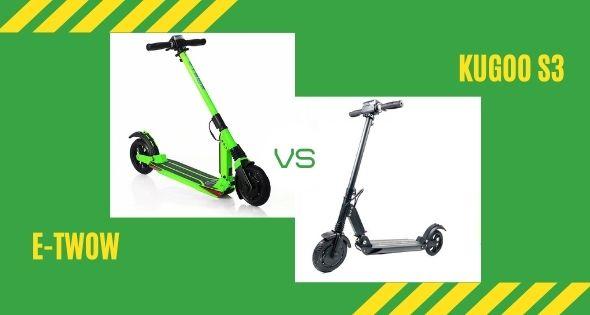 These electric scooters are similar as siblings, but there are differences!

I assume that first appeared E- TWOW , this scooter is premium in all characteristics. As is customary, a product made of high-quality materials appears first, then optimization begins.
This does not mean that the characteristics of the Kugoo s3 are worse, but the first one is made neater:

The price is the only thing that upsets.

For the same money, you can buy a scooter of a higher class.

Kugoo S3, as mentioned above, the characteristics are only similar to the 36 volt version:

Kugoo s3 manufactured by Jilong and its clones are the undisputed leader in Russia in terms of numbers, truly People’s electric scooter!

There is a choice, they are visually similar, but that’s IT!