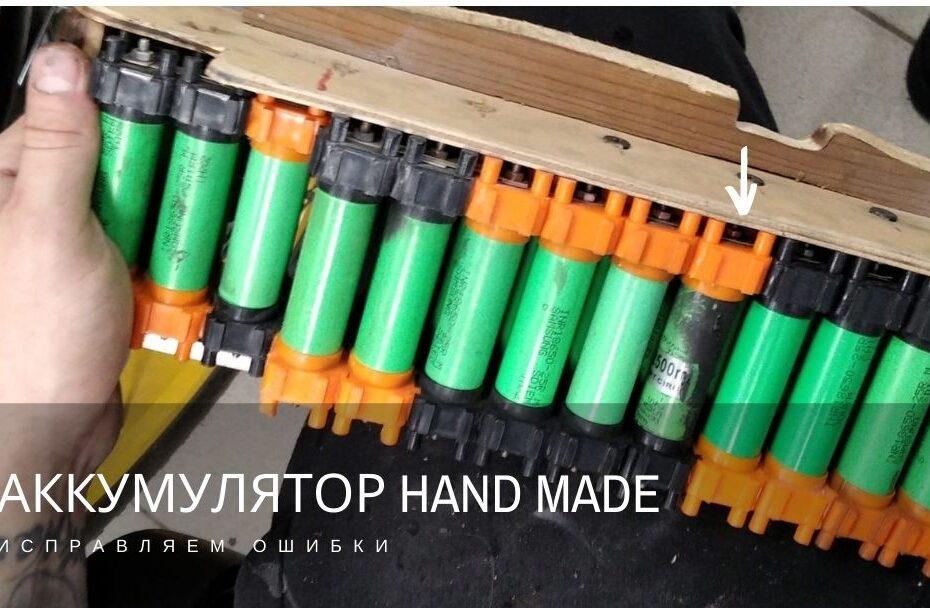 We received a fat bike with the problem of the controller turning off on the go.
Characteristics of an electric bike:

The battery is assembled from high-quality Samsung elements.
For similar characteristics of the controller and motor, the battery has a very small capacity, respectively, and the range on a single charge. The owner explained that he was satisfied with the battery capacity with a mileage of up to 18 km.
In the course of diagnostics, a bad contact was detected in the assembly of the battery from 18650 cells in 3 places, the battery was assembled on bolted connections, which, accordingly, under vibration loads, is subject to weakening and loss of contact.
A swollen capacitor on the BMS was also detected, which in turn can negatively affect the operation of the battery-controller bundle.
The owner also asked to reprogram the controller, he wanted to be able to change the power settings.
It was decided to first eliminate the defects and redo the assembly by welding the elements with nickel-plated tape. The assembly turned out to be more compact without backlash, which guarantees stable operation of the battery assembly without loss of contact between the cells.
The controller installed on the bike does not have a power control function, it was decided to replace it with a similar one with the possibility of adjustment through a computer program.